Santo Domingo, 8th June 2021 – The Nature Boys put in a solid display, to earn their share of the points in their final World Cup Qualifying Match against Barbados Tuesday evening at the Estadio Olímpico Félix Sánchez in the Dominica Republic.The Dominica Senior Team had to overcome a string of injuries to key starters to come from behind to secure the 1-1 draw.Dominica enjoyed the bulk of possession and created many chances in the first quarter of the match, and should have taken the lead when Sidney Lockhart was played in off a brilliant through ball from Anfernee Frederick, however the Bajan custodian held his ground and came up with the big save.Dominica enjoyed the momentum going forward, but suffered a setback in the 28th minute of play and were forced to make a substitution to replace the injured midfielder Chad Bertrand.Bertrand had suffered a knee injury a few moments before and was replaced by Harlem midfielder Donan Jervier.Jervier immediately made his presence felt and put in a solid shift in the center of the pitch.The Injury woes continued for Dominica and they lost the experienced Briel Thomas who suffered an ankle injury at the stroke of half time.Despite dominating the first half, the National Team headed to the locker room at the half having lost two key components in their midfield.Young overseas based player Tristan Sandy came on to replace Thomas in the second half, but it was Barbados who got out of the gates hot in the second half and got onto the score sheet just 3 minutes after the restart with Emile Saimovici putting one past Glenson Prince.Down a goal, the National Team did not drop their shoulders and fought back, and Julian Wade got the equalizer 9 minutes later.Wade got on to the end of a wonderful set piece from Tristan Sandy to draw the scores level in the 57th minute of play.Both teams created their fair share of chances in the final 30 minutes but neither team could find the back of the net.The game ended in a 1-1 draw.The result meant that Barbados finished on 5 points and 3rd place in Group D, Dominica finished their campaign on 4 points and 4th place in the Group.The Game also marked a farewell for National Defender Euclid “Boots” Bertrand, who announced his retirement at the end of the game.Bertrand who came on as a substitute in the 81st minute of play was given a guard of honour by the team at the end of the game. BACKGROUND INFORMATION:Dominica has been placed in Group D of the Concacaf Qualifiers alongside Panama, The Dominican Republic, Barbados, and Anguilla.Upcoming Games:Dominica vs Barbados 8th June 2021 (Dominican Republic 7pm)Group results so farDominican Republic – 1Dominica – 0 Panama – 1 Barbados – 0 Dominican Republic – 6 Anguilla – 0 Panama – 2 Dominica – 1 Barbados – 1 Anguilla – 0 Dominica – 3Anguilla – 0Barbados – 1Dominican Republic – 1Panama – 13Anguilla – 0 Panama – 3 Dominican Republic – 0Dominica – 1 Barbados – 0 Group D Standings (1) Panama – 12 points (2) Dominica Republic – 7 points (3) Barbados – 5 points (4) Dominica – 4 points (5) Anguilla – 0 points 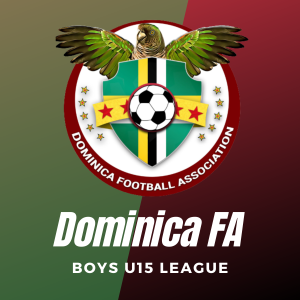 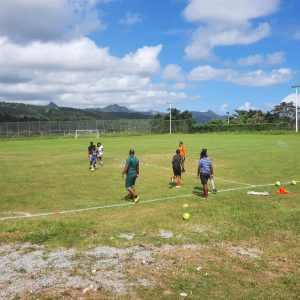